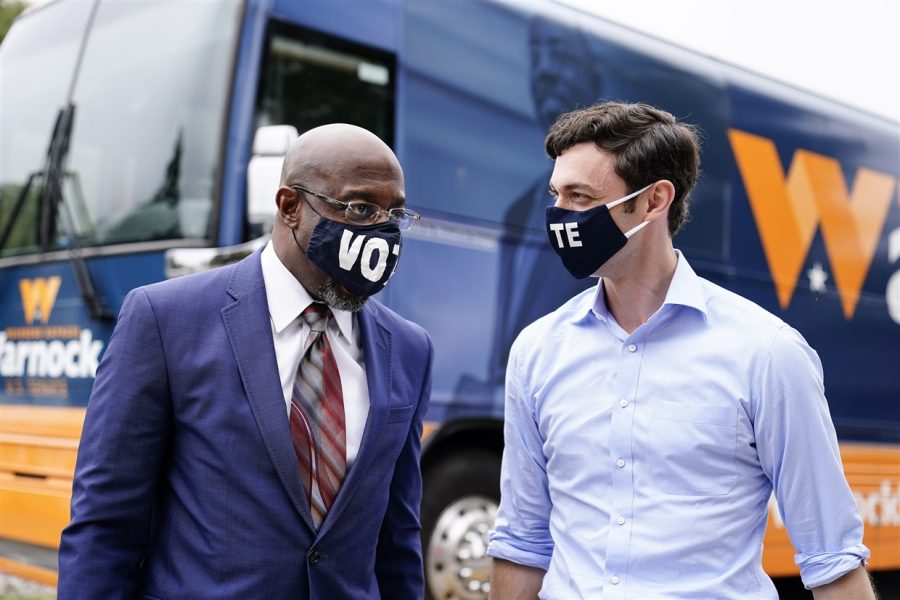 Jon Ossoff and Rev. Rafael Warnock have given the Democratic party control of the U.S. Congress for the first time in ten years, defeating incumbent senators David Perdue and Kelly Loeffler. Ossoff and Warnock are the first Georgian Democrats to be elected to the Senate in twenty years.

Jon Ossoff is a former congressional aide and a documentary filmmaker. He has never held public office and will be the youngest Democratic senator since Joe Biden in 1973. Jon Ossoff told “CBS News”, “I want to thank the people of Georgia for participating in this election, everybody who cast your ballot, everybody who put your faith and confidence in our democracy’s capacity to deliver the representation that we deserve, whether you were for me, or against me, I’ll be for you in the U.S. Senate. I will serve all the people of the state.”

Rev. Rafael Warnock is the first African American elected in Georgia and the second elected in the south since Reconstruction. He is the pastor of Ebenezer Baptist Church in Atlanta, which was formerly led by Martin Luther King Jr. Warnock told “CBS This Morning”, “I’m just so very grateful to the people of Georgia. They sent a strong and clear message last night when they sent a person who grew up in public housing, one of 12 children in my family, I’m the first college graduate. That I am serving in the United States Senate in a few days pushes against the grain of so many expectations. But this is America.”