Raise Your Voice: It’s Time for a Change 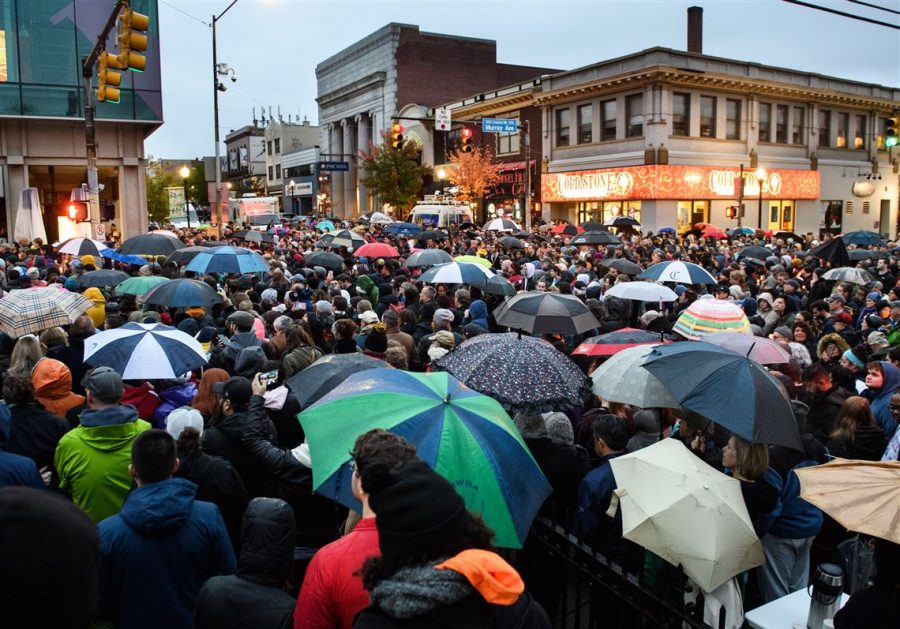 On October 27th at 9:45 a.m. a man named Robert Bowers went into the Tree of Life Synagogue in Squirrel Hill and fired three rifles at the people in attendance. The three guns used were all purchased legally and Bowers went through the state’s background check. The shooting was a hate crime against Jews. I feel that although we have background checks in place, they need to become stricter. The fact that it happened here is so surreal. You see that there are shootings in other parts of the country, but it doesn’t have the same impact as it does when it’s in your city. Things like this need to be prevented in some way. It shouldn’t happen here or anywhere. Something has to change.

Eleven innocent lives were lost, and that’s not right. Today’s society is so desensitized to tragedies like this, and it is so sad. It really upsets me, and even more now that it is affecting my home. It really bothers me to hear people speaking about shootings and describing it as just something that happens. It should not be like that. Young kids don’t understand that there was a time when things like this weren’t just something that happens. Shootings should not be thought of like that, ever.

I attended the vigil at the Soldiers and Sailors Museum on Sunday night, and I was glad I went. I thought the ceremony and the things said were all very nice. I never made it inside the building because there were so many people in attendance. Standing out there with the hundreds of other people, you could feel an unspoken connection everyone had. Everyone was there to support the Jewish community and the injured, to mourn the lives lost, to stand up for what they believe in, and what they want to change. There was a man who was standing in front of me wearing a jacket without a hood, and he didn’t have an umbrella, either. The rain started to come down harder, and a woman standing next to him opened her umbrella and offered it to him.

The eleven people that lost their lives this past weekend all made an impact on the Jewish and Pittsburgh communities. Two brothers, Cecil and David Rosenthal, would greet people at the back of the Tree of Life synagogue as they came in. Daniel Steinhad lived in Squirrel Hill with his wife and was at the synagogue every Saturday. Richard Gottfried had a dentistry office right in West View. Joyce Feinberg worked as a research specialist at Pitt. She had two sons and multiple grandchildren. Jerry Rabinowitz made big strides in the research and treatment of those with HIV. Bernice and Sylvan Simon were married in the Tree of Life synagogue 60 years ago. Rose Mallinger was 97 years old and regularly attended the synagogue. She had three kids, 5 grandchildren, and 1 great grandchild. Melvin Wax was always one of the first people to be at the synagogue for Friday night and Saturday services. Irving Younger lived in Mt. Washington and would always be there to help you find a seat and a song book when you walked in.

President Trump responded to the incident by saying that there need to be armed guards put in the church. I do not agree. I don’t think that that is going to stop incidents such as these. The presence of guns makes people feel uncomfortable. I speak from experience. This is the first year that our school has armed guards. They stand at the entrance when you walk in in the morning and are in the cafeteria at lunch. No one talks about it, but I think that’s how it makes people feel and is something that needs to be brought to attention.

Right now people are still grieving over the incident from this past Saturday, and the anger and want for change will come later. At the vigil that was held Saturday night, on the corner of Forbes Avenue, the crowd chanted,“VOTE,” and I think it’s important that you do. It’s important to have passions and whether you turn to social media or you want to speak in front of crowds about it, I think it’s important to voice your opinion. The only way something is changed is when someone speaks up.