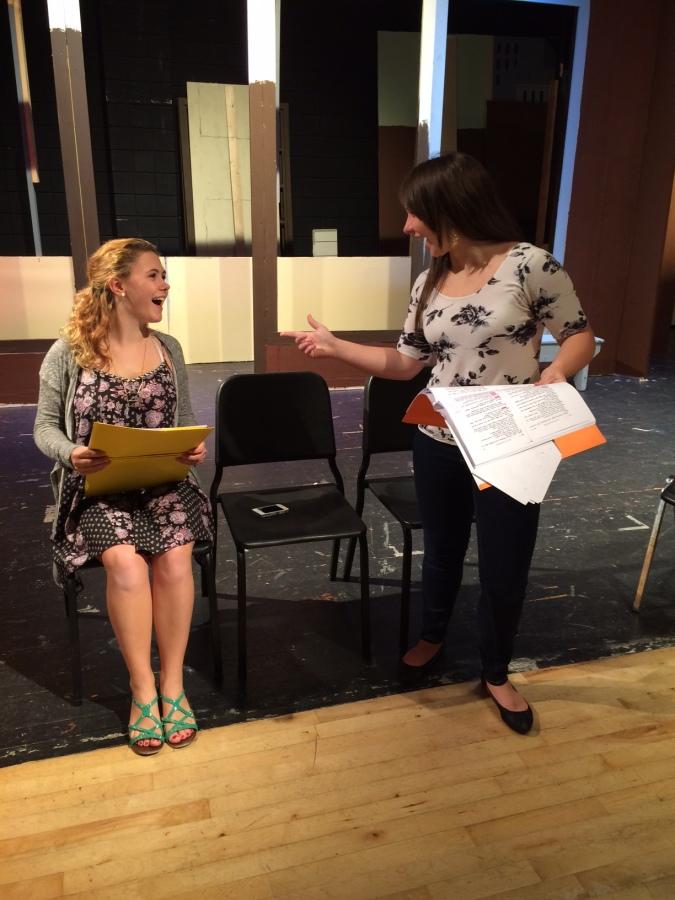 Production for the fall play Incognito is underway this week.  Auditions were held Thursday, September 12th and Friday, September 13th.  The cast list was posted online Friday evening.  This year all the supporting roles have been double cast. This means two people have the same role and each perform in two of the shows. Director Glenn Richey said this was an idea that he entertained over the summer so that the cast could be larger.  It is a first for any North Hills production.  Each actor that is double cast will have the opportunity to perform in two of the four shows in November.

Incognito is a murder-mystery set in the late 1930’s right before the outbreak of WWII.  A German spy has been murdered aboard the pleasure cruise the “S.S. Imperial.” Nine women are suspects to the crime.  The plot thickens as a German submarine crew boards the ship to investigate.  Identities become unclear as the action unfolds.  With hard work from the cast the show is sure to keep the audience on the edge of their seats. Rehearsals will continue until the show opens on November 13th.