Letter from the Editor: What We Can Take from the Franklin Regional Stabbings 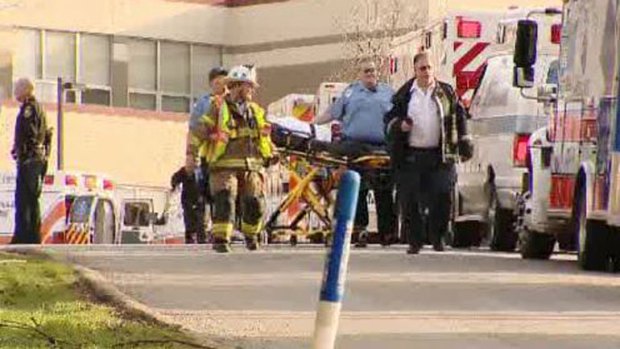 At 7:13 AM on April 9, the Murrysville police were notified of a situation gone awry at Franklin Regional High School. They arrived at the scene to find 22 students in puddles of blood. The assailant, sophomore Alex Hribal, had run through the hallway with two blades, slashing and stabbing at everyone in his way.

This episode of school violence, quite literally, hit too close to home. We are all familiar with the stories of Columbine, Red Lake, Virginia Tech, and Sandy Hook: massacres using firearms and explosives that rocked the nation. We have mourned with the nation over these sad events. But these happened in Colorado and Minnesota and Virginia and Connecticut. We have all felt relief knowing that such violence could never occur here. Not at North Hills. Not in Western Pennsylvania. Until now.

Franklin Regional High School is less than 40 minutes drive away. The newest episode of a massacre (or attempted massacre) at a place of education happened at a WPIAL school. Through his actions, Alex Hribal has shattered any illusion that we are exempt from possible violence. Franklin Regional is not too different from our own school. Size wise, the class of 2014 at Franklin will graduate just 20 less than us. The socio-economic situation of the school district is strikingly similar to our own in terms of average family income. My point is, what makes us unsusceptible to an event like this?

Though Hribal’s attorney has claimed his client had no prior issues as far as bullying or other social issues, his peers paint a different picture. Franklin Regional students who have come to know Alex Hribal have defined him as shy, reserved, and occasionally the subject of harassment. While we cannot be sure of the truth on the matter until more details inevitably come out, one can assume that his actions were not without provocation. Bullying and harassment seem to always be behind the “snapping” of a student.

If this is the case for Hribal, then the stabbing, in my opinion, could have been prevented. I know you all have been lambasted about being kind and not bullying since a very young age, so I don’t want to beat a horse that has been dead since third grade. However, the Franklin Regional case (again, assuming bullying was the cause of Hribal’s actions) is a vivid image of the worst-case scenario of cumulative bullying that cannot be ignored. I don’t think that North Hills has a bullying issue in any way, but I think this attack is a reminder that it’s not something we should start.

There is another important issue to be learned from the recent events. A Franklin Regional student claims to have received threatening voicemails from a student—who he believes was likely Alex Hribal—a day or two before he attacks. He did not act on it. One of the best ways to avoid these tragedies is by reporting anything suspicious, whether it be in someone’s behavior or something as obvious as a threatening call. These situations can be avoided. No matter if it is bullying or strange behavior: if you see something, say something.